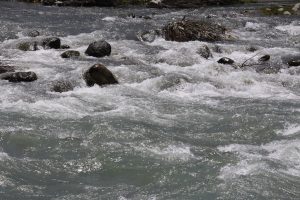 Emotions can drive us up to the wall and an outburst can leave us empty and hollow. The driving force to this see-saw of emotions can be attributed to the effervescent Moon and the farsighted and melancholy Saturn. Both these planets are the polarities that stare right in each other`s face as they are placed opposite in their own house of Cancer in fourth and Capricorn in the tenth house respectively. This placement speaks volumes of their relationship in terms of their own equation and for the native. The Moon is the sensitive, caring, homeowner that is mother, emotions, home, and the womb whereas the Saturn in Capricorn is the worker, provider, logical, society, and the tomb. The Moon is about managing feelings and the inner emotions whereas the Saturn is climbing on the top and blowing your own horn.
This relationship is also cyclic in nature. The Saturn transit cycle is for 29 ½ years and the Moon yearly progression is for 27 ½ years. At a point, they intersect and bring changes according to their placements in the yearly chart. The Moon placement in the constellation is the starting point of time in a man`s life. It is the beginning and the ending of the life span. The degrees of the Moon reveals the innermost layer of the respective star. Hindu Vedic system lists up the star and the degrees as the pada. There are four padas or quarters. They form the main pillars of the natal chart and of life in general as well. They are the dharma(religion or duties) artha/( finance or material life), kama (desires), and moksha (emancipation /liberation from the physical body). Placement of the Moon in these degrees unravels the struggling point of the native in the chart. This is the native`s life long focal burning point where the native will exhaust himself searching. The mind is in the pada and so is his existential awareness. This constant search is so easy to point out to the native.
There is an ending Padas of every fourth house that is the Cancer, Scorpio, and the Pisces. The respective following signs to them are Leo, Sagittarius, and Aries. Moon or ascendant transit or to these aligning degrees can be likened to a jump from below freezing Alaska to the burning fires of hell. Birth in these degrees has life long impressions that leave for wanting more. The physical body struggles hard to make ends meet but the spirit is transiting from material to spiritual and does not want much. The myriad impressions of past life confuse the native: most of us do not understand these phenomena and try reading it on a superficial level.
The Saturn and Moon opposing is the most difficult one. We see only the sentiments, feelings, and want others to see them as well. Often there is an outburst of emotions, hysteria, and mourning, marking a passage from one stage to another. The Saturnine nature of morbidity takes over the exuberance and suppresses emotions and feelings that find ways in an outburst.
The Saturnine thread is well woven in our life fabric and its equation to the Moon gathers time and memories only to create patterns and reveal them in time.
The mighty Saturn as the farthest planet to the earth in an equation to the Moon the closet planet to the Earth has a lot to say. Everyone interested in astrology and its effect on the human psyche must study it. This impact is not just limited to ordinary human life but also to the world in general.
In the Krishnamurti method, any negative equation of these planets causes the cancellation of events. The reason is inherent nature that is disused earlier but the surface reading reveals only the visible part, the prediction. The Moon is more childlike, emotional, and reacts to the external stimuli in a jiffy whereas Saturn the slow-moving giant is more of a stern teacher and keeps the checks and balances going. The hyperactive Moon is often chided and sternly corrected by the serious Saturn. It is not visible on an esoteric level but the prediction often unfolds as cancellation of events leaves the querent or the native baffled.
Children born with this equation are often mature in thinking and should be dealt with gently and compassionately.