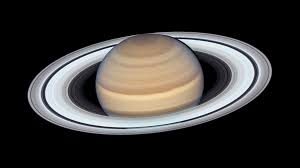 Astrologically the predictions are based on the planetary positions in the natal chart. For any current scenario, the predictions are based on the planetary transit with reference to their relationship to the natal position. This is done at birth time and also as the chart progresses in time.
All planets transit eternally on the same elliptical path and their transit predicts everything. Among all the planets, Saturn transit holds supreme. The reason being he the outer planet has the longest transit span hence is important for the personal and mundane.

Most of us seek material gifts from the planets but we must seek what it will make of us. This is the key to understanding who we truly are?

Saturn is the second-largest planet of our universe. His impact on our psyche is significant. He transits in each sign for two and a half years and completes the entire transit in twenty-nine and a half years. He continues his transits but we run out his transit span and exhaust our bodies. Rarely anyone has seen his fourth transit as that would take almost a hundred and twenty years of age when he touches base with the natal position.

At birth, regardless of the placement Saturn in sign and house, the beginning of body and awareness takes place. A child is two and a half years old when Saturn leaves the original position to step out: by then the terrible twos have started. The child is waking up to know himself. He wants to get what he wants and learns to refuse. For now, objects, people, and space have a meaning now.
With every thirty-degree transit the equation to the natal position changes. The second important position follows when a child is nearing ten years of age. The equation is almost a hundred and twenty degrees apart. The child runs endlessly, climbs the trees, dives from heights, and laughs in the face of fear. The child is immortal and knows no fear. His confidence is growing and so is his ego.
When the transit Saturn faces the natal Saturn, he has moved away one hundred and eighty degrees. The child is grown and is looking at himself. It is like looking at the mirror. Many changes are on the horizon. The transiting Saturn challenges the natal Saturn. Biologically there are myriad changes happening due hormones and they are birthing the rebel. The child is I am. The ego has a shape now. He is now heading towards the superego. That is why teenage children are the most difficult to understand. One of the best ways to understand them is to listen and rationalize. The teenager is bundling with energies and will question the authority. It is important to understand him/her at this age. This is where Saturn is asking the teen how will he fare? Astrologically this a tight spot to check the relationship with the natal Sun. The superego has clashed with authority hence planet Sun represents it. How will an individual deal with authority that can be seen by the Sun and Saturn equation in the natal chart? This relationship is not just bound to the father and child but also to the authority in general and in any form that life experiences present.

Saturn trine to itself is often marked well. The teen is mature now is around twenty-one of age This where the maturity sets in and most youngs look for grounding themselves. Many youths face depression at this age because society expects the individual to stand on his own feet. The individual experiences another set of assessments for direction.
The transiting Saturn returns to itself at the age of twenty-nine and a half. Most of us by then are married, have a house, many have kids. It is like a home run. The feeling I have arrived is here. Saturn`s full journey has made man mature, responsible, and the child has finally become an adult who can take responsibility for another child. This is a stage of consolidation.

The second Saturn opposition happens at around the age of forty-five. The stage is similar to teens. Saturn, the personification of time has calmed down the native but the opposition continues. Now, is the time where the native questions everything. The mirror is back again. The greys in hair, success achieved or lost, egos boosted or busted, all look right in the face. Saturn forces the natives to take stock. The implications are profound. The mid-life crisis hits hard. Life is no more lived by the moment rather by depth, content, and meaning. This is also a time where the peak is happening. Many people change jobs, get divorced, quit jobs, rise to the career peak, and much more. This initial stage of Saturn opposition gives one courage to shrug off the social expectations and pressures. Natives who had short adolescence find a way to revisit the past. The subtle restlessness felt at forty-five can be the final resistance to maturity.

The second Saturn transit to natal position takes place from the age of fifty-seven and a half to sixty. There is often an insight into one’s true purpose in life. This cycle marks the return of inspiration and re-evaluation of life and spiritual path. This is the time when the native`s religious and spiritual commitments are revoked. This is the time of soul searching. The time cycle of two and a half years indicates the inner experience and marks the most important rites of passage in a person’s mature life. The external modules no longer serve the man. By now he has his own inner beliefs. This is also a time when the loss of spirit or soul can throw the man off gear. In a practical world, retirement from the working world can lead to a sense of worthlessness. Every time the native survives Saturn`s entry in his personal cycle he receives proof of the restoration of the soul. This is also a time of acceptance of the new order. The rebel has finally matured and the second consolidation closes.

The next opposition to natal Saturn happens around the age of seventy-five. By then the child, ego, rebel, and the mature have all dissolved in time. Man is a bundle of experience, rich in mind, memories, and patience. Saturn the grim time reaper has ingrained lessons in the psyche. The man becomes impossible to change, is unyielding as a teenager, but the life force is weakened. Very few of us stand to face the natal Saturn with the same boisterous energy as we did in teens. Saturn, the time has tempered us and as we all proceed through the temporal realm, he impresses us with experience, insight, age maturity, and acceptance.