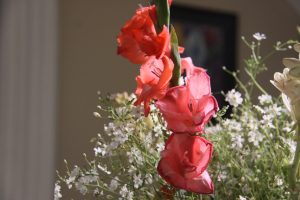 Marriages are made in heaven and broken on earth. The idea of marrying an unknown person fascinates the western world that is known to fall in love and marry. Majority of Indians marry and than fall in love. Families work hard to find matches through various advertisements, relative references, friends recommendations etc. And somehow magically a Mr Right is discovered. The natal charts are matched and the ritual pyre ties them up in a holy union that is supposed to last the lifetime.
Sometimes the luck plays the miscreant and the marriage breaks. That’s the time where the astrology is questioned.The chart matching, the astrologer and the whole concepts of destiny and karma comes under suspicion. Matching a chart for marriage is a detailed process. Often people take the software and match the charts. If the charts are showing more than 20/25 points, the charts are accepted.

A thorough study of Mars is crucial for both male and female charts. As the personal planet, Venus is the significator for a wife in a man`s chart and Jupiter signifies husband in a woman`s chart. Many readers read Mars placement in 2nd, 4th, 7th, 8th and 12th house as malefic and discard the chart. But there are many intricacies if explored in detail a thorough study can save a chart from being a Manglik. The Rishis gave importance to Mars as he is a fighter by nature and has the violent temperament. The Mars is the general of the god’s army. His attributes are not viable to the domestic life that calls for love and peace. Hence he is not welcome in the houses of marriage 7th, family 2nd, 4th peace 4th and bedroom 12th. In olden days women were expected to be docile and followers. But in modern times women are out, working and doing double jobs of earning a livelihood and running the house as well. This also calls for Martian energy. Every planet gives us distinct energy that we need to live on this earth. The Venusian energy is to live with love, procreate and nurture. But the Martian energy is needed to do all the tough job that modern women is shouldering now.
The idea to match with a Martian energy with Martians is the correct one. Matching a native with a placid outlook toward life with an exuberant, energetic will fizzle out in the end. The energies must find a suitable match on every quarter. matching of chart calls for a detailed study of every house and their rulers.

One should not just depend on the soft wares to predict the match. This may result in end up discarding a good chart and accepting a wrong one.