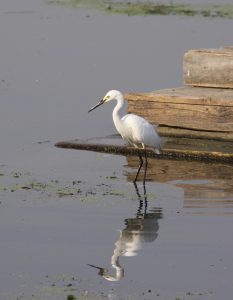 Libra is the seventh sign of the zodiac. This is the midpoint of the zodiac, a difficult point of balance. It is easier to slide on either side than stand midway and maintain balance. It is the midpoint where one takes stock of the lost, gained, and the remains. Midlife is the biggest crisis point in life where the majority ends up making the most crucial decisions that could sway the rest of their lives. In time, we are wiser having experienced the chaos and risen out of it.
Libra is a cardinal air sign. Both a cardinal and air make it a very active sign almost skyrocketing. The native wants to jump out at every impetuous and prove but something stops him.
The sign Libra is a sign of generals, strategists, diplomats, and all those who want to wait and watch rather react. These inherent qualities surface because Librans have walked half the earth. Sun transits in sign Libra in the month of October. From the sign Aries, his point of exaltation, Sun traverses half the sky and so does the soul. In the twenty-four-hour cycle, the sign ascends mostly in the afternoon. The time of year flips it a bit here and there yet the half the day has passed. The impressions are multitude making them ruminate, deliberate, and meditate. Librans are very patient people. This is can be the best quality for the owner and the worst for the opponent.
A patient tiger makes the best hunter.
The General strategizes, he is not the front-runner rather deputes someone, organizes the troop from a distance, and wins the war.
The diplomat listens to what the opposite has to say, cleverly schemes his words and at the end shoots the poison dipped and honey-laced arrows only to win his side of the bargain.
Upon call, generally, the Libran will think through, weigh and balance the alternative. If he is not successful he will have an alternative plan running parallel. This is one of the significant reasons that they have a problem following orders for too long. The rational -logical mind tends to defy orders. By nature, they are diplomatic and adapt well to change, and often this is disguised as care for others. Librans thrive in the toughest of situations and deal with these struggles with great poise and grace. Some famous Librans are –
Our own father of the nation, Mahatma Gandhi is the best example. He preached and practice non-violence in the face of violence.
Dwight D. Eisenhower the 34th president of the United States reduced Cold War tensions and known for his ‘Atoms for Peace initiative’. Before becoming the president, he was a five-star general in the United States army.
Britain`s famous iron lady, Margaret Thatcher was the daughter of a grocery businessman. She rose to become the first prime minister of Britain, served the country in three consecutive terms, and popularized her political philosophy known as Thatcherism.

The Libra personality is peace-loving in nature and would prefer to avoid conflicts. At times, if the call of life does is not returned with the same fever due to harsh or unsupportive circumstances the hero fails. And here is when the cardinal and the air lash a storm and the native fall asunder.