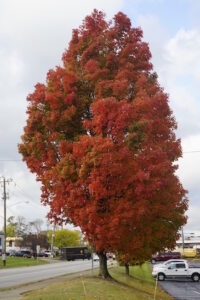 We take things for granted in life and more so things that come easy, cost less or nothing.
Nature is one of them and is called mother for a reason. She is so self-sufficient and non-demanding. A tree in one lifetime gives thousands of seeds that sow and create another million trees. Nature ensures survival by increasing numbers. The life cycle of a tree goes on. The tree virtually doesn’t die till someone cuts it. That too may have survived in seed form. A true immortal in its own way. The linage goes for hundred of years. The Banyan trees live for hundreds of years. Some of the Redwood trees of California are believed to have lived from 1200 to 1800 years.
The tree has its own helpers and that are the other forms of nature, the birds, animals, wind, water: their own siblings. Each and every part of nature help each other grow. Guess they subconsciously know that their survival depends on each other. A tree is nature’s perfect package that regenerates itself and is one hundred percent reˈcyclable. A perfect model of any product ever created. The tree right from the top to the end is useful. The uses are all known and need no introduction. They are a complete package, an extraordinary example of creations. Unlike the human body, the tree is self-regenerating. Cut a limb of a tree and another will grow, a perfect indication of nature for survival and strong genes for regrowth. A tree has no conflict with the environment. It is part of the environment and it supports just as one sibling supports the other in growth. It has been found that the root of trees, underground, talk to each other and if any tree is sick they send messages and help the other one. A remarkable underground network of support systems. 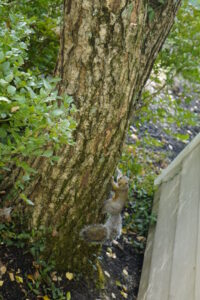 The ancient Vedas mention that ten rishis fathered everything that is there in this universe. Each rishi fathered something. Some fathered reptiles, some birds, some animals, some humans, and some nature. They created one world. This is a Hindu philosophy and even if disregarded by skeptics, still underlines the fact that we all are made of the same chemical compound and need the common five elements to live on this earth. Take one element off and survival is almost impossible. But among all the sibling’s Man is the best equipped with an amazing brain that brought out tools to make, eat and kill.
Nature calls for balance. Overfishing will contaminate the water, cutting jungles will poison the air, take away houses from other siblings that help nature grow. This will end up in warfare. Today when mother nature lashes us with cold waves, tsunamis, and earthquakes, she is lashing at us humans for not respecting the other siblings. We took more than what was needed. With an increase in population, the gluttony of food and needs is surpassing the earth’s capacity to fulfill. This is the wake-up call. For the past two years have been dotted with natural disasters right from jungle fires, earthquakes, volcanic eruptions to virus attacks like Sars, Covid 19, etc. If this continues some siblings/species will perish and the ones that survive will have a different physical and chemical makeup that won’t last long on this earth.
The world-famous Sir Jadish Chandra Bose a biologist, physicist, botanist proved that plants are living beings.
Hence if killing a man is murder, then cutting a tree is murder too.