The present chaos has left many of us thinking if is this the end!
Astrology has some very logical answers.
Following are the excerpts from our treasure of Hindu Vedic astrology, Varahmira, and some more. 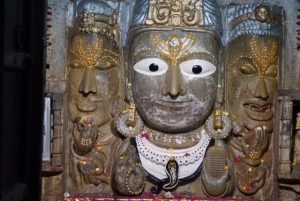 The theory of Yugas has a scientific basis and is not merely based upon fantastic imaginativeness and arbitrary theorizings, as some modern savants want us to believe. The “Sankalpa”, which every Hindu is expected to know and which is recited at every ceremony, is the key to unfold the whole mystery that enshrouds the view of the time at which the earth assumed its present form. The Hindu astronomers, assuming that the planets were in a line of mean conjunction with the first point of Aries at the beginning of a Mahayuga and that these planets will occupy the same positions at the beginning of the next Mahayuga, at a place on the equator, whose longitude is 76° E. of Greenwich calculated the period of a Mahayuga at 4,320,000 years which they supposed to be the L.C.M. of the different number of days taken by each planet to make one revolution around the zodiac. As most readers must be aware, a Mahayuga or Chaturyuga is made up of Krita, Treta, Dwapara, and Kali and contains 12,000 Deva or 4,320,000 ordinary years. 71 Mahayugas constitute one Manvantra (308,448,000 years) and 14 Manvantaras or Manus make up one Kalpa or Brahmadina or Brahma’s day (4,320,000,000 years). Now according to the Sankalpa, already six Manvantaras have passed in the present Kalpa and the seventh is now going on. There are still seven more Manvataras to come.
In the 7th Manvantara, 27 Mahayugas have passed and we are now in the last Yuga of the 28th Mahayuga. We can, therefore, compute the number of years passed in the present Kalpa thus:
Dawn of the Kalpa…. 1,728,000 years
6 Manus or Manvantaras… 1,850,688,000 years
Twenty-seven Mahayugas… 116,640,000 years
In the 28th Mahayuga:
Krita… 1,728,000
Treta… 1,296,000
Dwapara… 864,000
Kali 5,080
3,893,080 years
1,972,949,080 years Deduct time occupied in creation 17,064,000 years 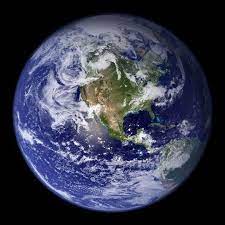 Total from the end of present creation 1,955,885,080 years
We are still in the beginning of Kaliyuga and have yet to pass 426,920 years before the present Yuga ends. Therefore, there is no prospect of a deluge or the annihilation of the earth in our lifetime or in that of even our great-great-grandchildren. Hindu astronomers have assigned 313 trillion mortal years as Brahma’s age or the lifespan of the universe.
There are two major Pralayas or dissolutions: Naimittika or incidental destruction of all creation, of all the lives that have a form, but not of the substance. The substance remains in the status quo till the new dawn in that Brahmaratri. The universe is thus alternately created from and dissolved into its material cause at the end of every Brahmaratri and Brahmana. The second is Prakritika or Mahapralaya — the great Dissolution which is said to occur at the end of the life-period of Brahma. In this final Pralaya, everything in the universe, material as well as non-material, is dissolved into atoms.
The creative scientist is usually more concerned with the relation of things to one another than with the mere analysis of what these things are. And a real astrologer is not different. His quest is for the questions which still remain the most absorbing and the oldest of all: the cosmos and its relation to mankind.